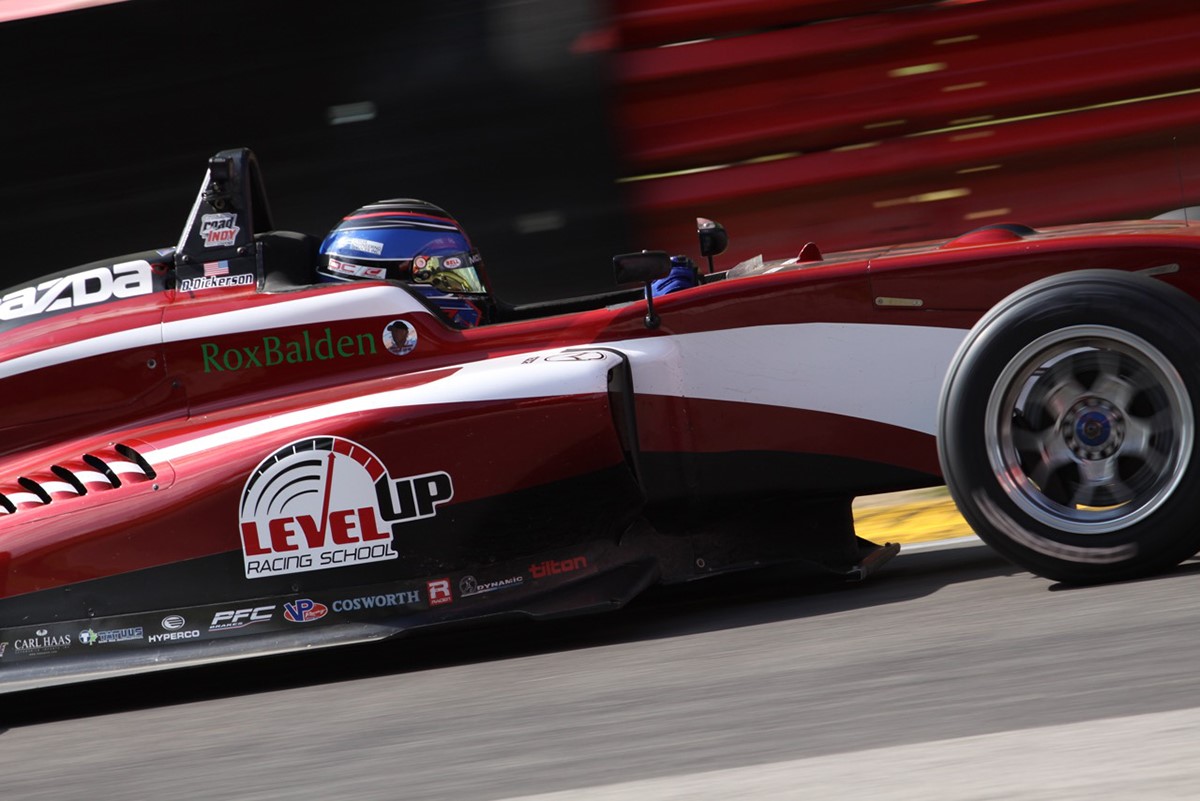 Sometimes luck is on your side and sometimes it isn't, and it, luck, definitely avoided ArmsUp Motorsports and Dakota Dickerson this weekend at the Mid-Ohio Sports Car Course. Taking on the Cooper Tires USF2000 Championship Powered by Mazda, Dickerson would be the sole entry for the ArmsUp Motorsports squad as he looked to carry his pole position and podium winning momentum from the Streets of Toronto to the rolling hills of Lexington, Ohio.

Showing great pace during Thursday's unofficial Promoters Test Day sessions, Dickerson looked to be in the top-five on the speed charts before official competition kicked off on Friday. With one practice and one qualifying session Friday morning, the first wheel-to-wheel action took place that afternoon but Dickerson was forced to start from the tail of the field after an issue in qualifying.

"The car felt really good in qualifying and I was very happy with the grip and balance," explained Dickerson. "Unfortunately a broken wire in our transponder caused it not to pick up any times and we had to start last. It was great fun driving into the top-ten, but that sort of set the tone for us on the weekend."

Starting 24th, Dickerson showed the pace of his ArmsUp Motorsports prepared car. Turning quick lap after quick lap and making short work of his competition, the California resident drove his way into the top-ten, eventually into the sixth position by the time the checkered flag flew.

"Dakota had a great first race of the weekend," explained Gregg Borland. "We were happy to show speed and to come through the field with no damage at all shows his talents behind the wheel."

Saturday saw Dickerson claim the 11th quickest time in the morning qualifying session, and once again showed his race prowess when the green flag flew. Driving forward to his second sixth place result of the weekend, Dickerson was pleased with the result but the speed was lacking.

Borland added, "The times from race two set the grid for the third and final race of the weekend and while Dakota was in a huge battle to finish sixth, our times were not reflected in our race pace and we started race three from P18."

Looking for another masterful drive forward, Dickerson looked to be doing that before an on track issue relegated him back down the order to end his weekend in 18th.

The Cooper Tires USF2000 Championship Powered by Honda will enjoy nearly a one month break before the final event weekend at the Portland International Raceway in Portland, Oregon during the first weekend in September.