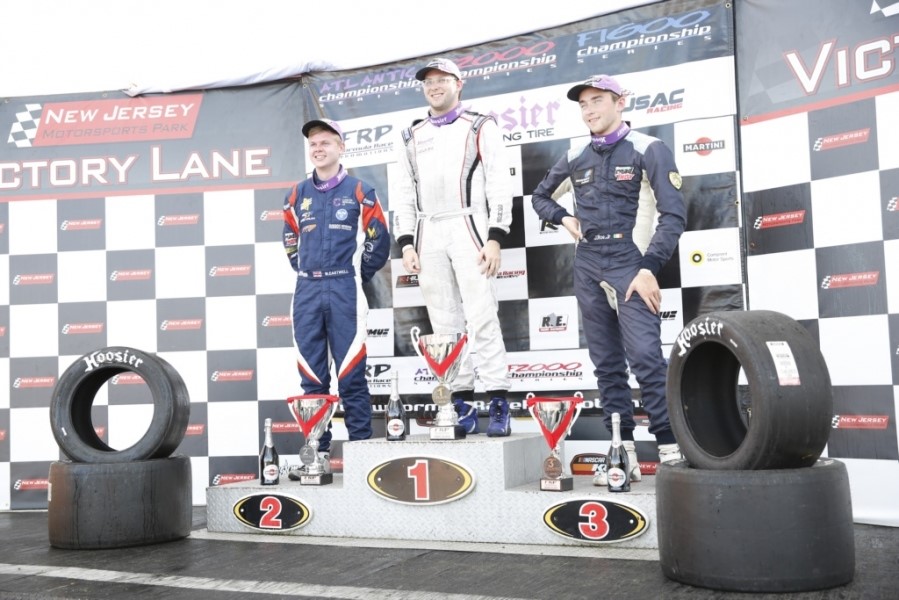 On track three of the four weeks in September, ArmsUp Motorsports completed the final round of the F2000 Championship Series this past weekend at the New Jersey Motorsports Park. Taking on the Thunderbolt Raceway layout, ArmsUp drivers James Roe and Trent Walko dominated the event taking home both victories and three of four possible podium results.

Roe was never outside the top-three in official session results throughout the weekend and was one of the drivers to beat. Pacing the field with the fastest time in practice one, Roe claimed the second position in both practice two and qualifying for Saturday's action. Once wheel-to-wheel racing commenced, the ArmsUp Motorsports driver took his talents and the speed of his F2000 car to the front claiming the win. Sunday proved to be a little more difficult for the multi-time race winner as en route to the fastest lap of the race, Roe garnered the third and final step on the podium.

Walko started his weekend off with a 12th place run in the second practice session and vastly improved when the official on track action began. Qualifying sixth for race one on Saturday, the young driver held station through the first wheel-to-wheel action on the weekend. Sunday saw Walko climb the charts and after qualifying in the third position, the ArmsUp Motorsports drivers topped the podium blocks at the end of the day to scoring the win, the second for ArmsUp Motorsports victory of the weekend.

"We have our hands in a lot of different series and on a lot of different types of vehicles," explained Gregg Borland. "I don't think many people understand how involved we are as we assist drivers with their cars in SCCA, F2000, USF2000, vintage racing and more. The season is winding down right now but that does not mean we are slowing by any means. Continuing to evolve our program, we are headed to Indy this week for the annual Chris Griffis Test and already have test dates planned for the off season as we prepare for 2019."