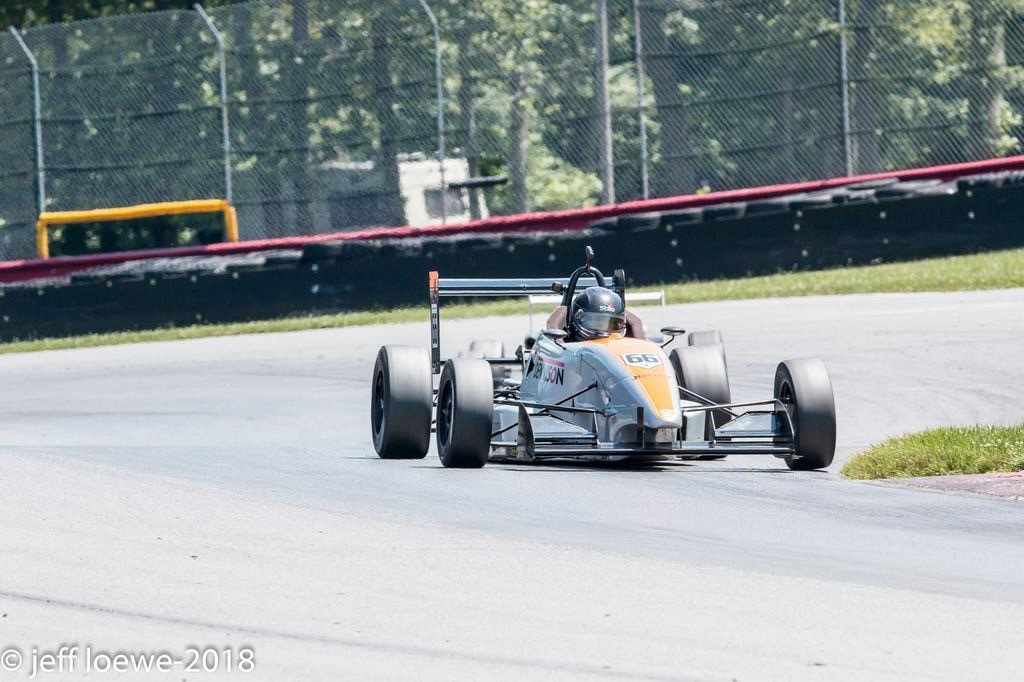 With a jam packed schedule, ArmsUp Motorpsorts had no time off between events as this weekend they found themselves in Lexington, Ohio. Taking on the Formula Race Productions F2000 Championship Series at the famed Mid-Ohio Sports Car Course, team driver James Roe turned a challenging weekend into a podium result as he and ArmsUp Motorsports were able to celebrate on Sunday afternoon.

"James did another great job behind the wheel of one of our cars," explained Gregg Borland, Owner of the multi-series organization. "We did not have the results that we had hoped for on Saturday but our guys never gave up. We came back Sunday and even though had a slight engine issue, James was able to drive to hold on to a podium result."

After qualifying sixth and finishing eighth on Saturday, Roe turned it around on Sunday to turn his third place qualifying effort into a podium result when the checkered flag flew at the end of race two.

"It was an extremely tough race here at Mid-Ohio," added Roe. "The engine developed a misfire on the warm up lap and I really thought our day was going to be done early. The team gave me a great car and I think we could have challenged for the win, but our engine problem really hampered any hopes of that. We were lucky to come away with a podium finish!"

While James Roe may add more events to his 2018 schedule, his next confirmed event is the F2000 Championship Series Keystone Speedfest August 3-5 at the 2.8 mile, 18 corner Pittsburgh International Race Complex.